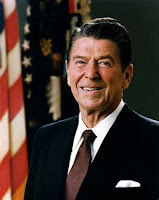 February is often referred to as Presidents Month. That is simply because four of the nation’s leaders were born in this shortest of all months. And three of the four are arguably some of the greatest the nation has ever seen and been privileged to be led by. These include George Washington, Abraham Lincoln and Ronald Reagan, who was born back in 1911.

Despite what the secular historians may believe and proclaim, these three were men of faith – specifically the Christian faith. They were believers in Jesus Christ. Go to our web site at www.wordandtheworld.org in a few days and listen to the February 17 broadcast to hear more about their amazing and indisputable spiritual backgrounds and convictions.

But it is highly significant that several of our former Presidents knew personally, and spoke out publicly, concerning their own beliefs, and also about the reality that is summed up briefly in one short verse. Proverbs 14:34 reads, “Righteousness (that’s biblical righteousness) exalts a nation, but sin is a reproach to any people.”  These precious 12 words represent a massive national dilemma and include the only solution!

America’s growing problems are not just from bad management, bad politics, or bad luck. They stem primarily from bad judgement – in the form of minimizing and turning away from the God whose divine principles made her great to begin with. Until that is recognized, and until that is rectified, she will continue to regress!

But today we offer a short unique feature that we trust will be a blessing. It is a recording of President Reagan as he spoke freely at a broadcaster’s convention about his own religious views. His words not only reveal his personal faith, but they also directly connect the above verse to the current issues the nation now faces. To hear the excerpt, click on the following link on our ministry blog – Newspoint