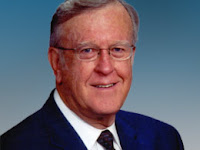 Just over a year ago, Rev. David Virkler, the founder of this ministry, went home to be with his Lord. His was a life of committed, faithful and effective full-time service to God.

At an early age, his gifts and calling were easily seen. After Bible college, he entered the pastorate for 5 years and then felt the Lord’s leading to establish another work that would be called Dedication Evangelism. The goal was to win lost souls and to support the local church in any way he could. Later, he would also found The Word and The World radio broadcast – a program uniquely dealing with current events and always in a biblical perspective.


The ministry outreach continued to evolve and include numerous other resources and forms of reaching the lost and strengthening God’s people. The motto of the ministry echoed that theme stating, “Challenging Reapers and Harvesting Souls”. 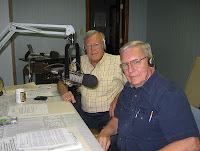 Dave’s entrance into heaven last January left a huge hole in the kingdom below and in the lives of those he loved and who loved him. But his impact lives on today through those he touched, and continues to touch, through www.wordandtheworld.org. 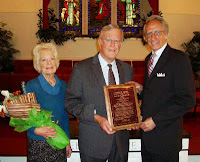 Again, his was a life well-lived and one of  faithful, committed and effective service for the God of his salvation even from an early age!

"For David, after he had served his own generation by the will of God, fell on sleep, and was laid unto his fathers..." (Acts 13:36)