'On This Day In History' 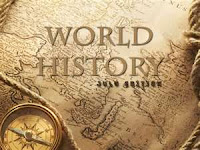 I have a book in my library that chronicles and lists many of the significant events that have happened on any given calendar day. There are also several websites now that offe similar information on that basic theme and that are likely more up to date and more comprehensive. Some enjoy looking particularly at their own birthday to see what occurred on that calendar date over time. But as I looked at this current day in history, March 6th, some of the following interesting or important happenings were listed there. And again, this is just a partial historical listing from that day. For what it's worth, my younger sister was born on this day although I'll leave out her birth year for the sake of family harmony and my own personal well-being.  Kidding of course. Well, sort of!

Not all of the above events on this day were earthshaking or perhaps of any great interest to you personally. Maybe other days of the year contain things that are far more impacting on culture and the world. But every single human event that has ever happened, on every single day since the dawn of human history, can never compare to one  two-part event that took place some two millennia ago. It remains in a category by itself and always will. Its scope and significance reaches to every corner of the globe and its influence and duration will impact the entire material creation including what occurs throughout eternity.

Boiled down to just one word, this event can be summed up using just one name - Jesus! The crucifixion of Jesus Christ on the cross 20 centuries ago, and His subsequent resurrection from the dead, is without question the single greatest event of the ages. Its significance can't be over-stressed as it will fully and forever effect every soul ever born. The personal reaction to these two intertwined events - His death on the cross and His miraculous resurrection from the grave - literally divide all of humanity into two distinct spiritual camps. There is no middle ground.

On that most unique weekend in the long ago, the fortune of a doomed and fallen race was given the undeserved opportunity to choose between spiritual life and spiritual death. There was provided the choice between life forever in a Christ-less literal hell or a glorious eternal existence in Heaven forever with a loving Creator. It was through these two incomprehensible acts of divine love and sacrifice that  God  outwardly evidenced His great mercy toward those who had all rebelled against Him. (Romans 3:23). Despite man's universal and willing rejection of God, Romans chapter five declares something staggering and even illogical, humanly speaking. Verse 5 reads, "But God demonstrates His own love toward us, in that while we were still sinners, Christ died for us."  It was on this most unique and crucial of all days in human history that the main problem of mankind was fully and finally  dealt with.  Some of His final words revealed the completion of God's great redemptive plan  when the Savior cried out from His cross, "It is Finished".  He had become literal sin for us that we might become the literal righteousness of God and fully justified through Him!  (1Corinthians 5:21)

Your life will contain many events on the many days that make it up. Some will be wonderful. Others may be neutral or some even terrible beyond words. That is simply life in a fallen world. But none of these days or events have any lasting consequence if they do not include, at some point in time, that one special day - the day where you called out in faith to the One who died in your place and for your sins - all of them!

The Bible declares a solitary promise concerning that special day - the moment when these words become your words, and your life becomes God's. "Believe on the Lord Jesus Christ and you will be saved.¨  And it is, on 'this day in your history', that your heart, your soul, your priorities and your eternal destiny will change in a single moment but also for all of time and eternity.