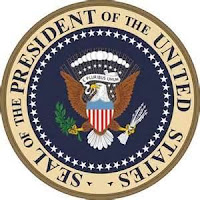 The public presidential inauguration ceremony for Barack Obama for his second  term, will take place on Monday, January 21, 2013 on the steps of the U.S. Capitol in Washington, DC. It will be the nations 57th such occasion.

At noon, the presidential term begins.  And newly sworn-in presidents usually gives a speech referred to as an inaugural address.  Since 1937, the ceremony has incorporated two or more prayers. A tradition of a national prayer service usually takes place the day after the inauguration.

The use of the Bible has been customary during the administering of the oaths. On some occasions a particular passage was opened  to.  Barack Obama used the Lincoln Bible for his first term.  It is reported that he will be putting a symbolic twist on the tradition by taking the oath of office for his second term using two Bibles. One will be Lincoln’s and the other one owned by Dr.Martin Luther King Jr. This is significant since January 21st is the federal holiday in honor of the civil rights leader. 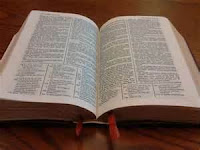 Using Scripture for this great event is not without controversy. Even this year MSNBC host Lawrence O'Donnell suggested that the Bible should no longer be used to take the oath of office. He declared that presidents should simply stop placing their hand on the Scriptures claiming, "No one accepts all of the teachings of the Bible."  He is wrong! I do.

But historically, most U.S. presidents have used Bibles in their Inaugural Ceremonies and again, often opened to pre-selected passages – many of which were quite significant.  Here are just a few brief examples;

Abraham Lincoln's second Inaugural Bible was open to Revelation 16:7, "Even so, Lord God Almighty, true and righteous are Your judgments." Ulysses S. Grant’s version landed on Isaiah 11. “The Spirit of the LORD shall rest upon Him, The Spirit of wisdom and understanding, The Spirit of counsel and might.’ Truman used two Bibles: one open to the Beatitudes and the other to Ten Commandments. Dwight Eisenhower’s personal West Point Bible revealed Psalm 33:12. “Blessed is the nation whose God is the LORD, The people He has chosen as His own inheritance.”

Richard Nixon used a family Bible, declaring to Isaiah 2:2-4  ‘He will teach us His ways, And we shall walk in His paths." They shall beat their swords into plowshares, And their spears into pruning hooks; Nation shall not lift up sword against nation, Neither shall they learn war anymore. Gerald Ford’s used the familiar words of Proverbs. 3:5-6. “Trust in the LORD with all your heart, and lean not on your own understanding; In all your ways acknowledge Him, And He shall direct your paths.”

Ronald Reagan family Bible, was open to 2 Chronicles 7:13-15 for both inaugurals to the much quoted words, “If My people who are called by My name will humble themselves, and pray and seek My face, and turn from their wicked ways, then I will hear from heaven, and will forgive their sin and heal their land.”   The George W. Bush Family Bible referred to another profound passage. It was Isaiah 40:31. ”But those who wait on the LORD shall renew their strength; They shall mount up with wings like eagles, They shall run and not be weary, They shall walk and not faint.”  These were words he would need considering the events of 9/11 that came under his watch.

It seems quite amazing in an ever-increasing secularized society, and one promoting the so-call ‘separation of Church and State, that the single most important moment in the nation is still includes references to God, multiple prayers, pray meetings and the use of the Christian Bible openly and consistently.

When taken together, the above passages, and many others like them,  truly reveal what America was based upon, why she became  blessed of God and the envy of the world. And it is only a serious commitment to biblical principles and truth that will ever allow her to heal and prosper again as she once did.

If there are two more special verses that have direct bearing on our nation’s future it would be the words of wisdom offered in Psalm 127:1. ‘Unless the LORD builds the house, They labor in vain who build it; Unless the LORD guards the city, The watchman stays awake in vain.”  A second might be promise revealed in Psalm 144:15, “Happy are the people who are in such a state; Happy are the people whose God is the LORD.”

As the nation and new administration goes forward, the church of Christ must heed the biblical injunction found in 1Timothy. Whether we agree or not with the views of any leader or administration, Paul stated in chapter 2 that, “Supplications, prayers, intercessions, and giving of thanks be made for all men, for kings and all who are in authority.” And the reason for doing so is two-fold. Scripture confirms that this is to our personal advantage as well as being the will of God. In verse 3 the Apostle Paul records, “That ‘we’ may lead a quiet and peaceable life in all godliness and reverence.  For this is good and acceptable in the sight of God our Savior.”

Our nation is in dire need of prayer, renewal and especially spiritual revival. No government alone can achieve this  - ever. And if that is to occur, then every believer must recognize the problem and then become a vital part of the only real solution!