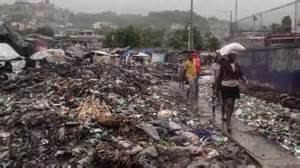 The storm itself is long gone and was one for the record books. And according to CoreLogic, a research and consulting firm, the cost of the storm economically will come in at about $6 billion for insured losses for both residential and commercial properties. Then there are uninsured damages to consider as well. And that does not even count losses related to additional continued flooding and business interruptions. So the total economic damage at this point is still undetermined as the cleanup continues.
But what has been shockingly absent in the discussion of this monster storm is what happened before Hurricane Matthew reached the U.S. Without question the destruction, especially in the Carolinas, was significant.  And that could have been far worse had the storm gone farther inland and not slowed from its previous Category 4 strength. That was anything but the case when Mathew tore through Haiti first – the poorest nation in the entire hemisphere. The damage there was simply staggering. Satellite photos were reminiscent of Katrina or even some shots of Hiroshima after the atomic bomb was dropped there in World War II. A huge number of the structures in this struggling country are literal shacks and the kind of fragile buildings that would be hard to even find in America. 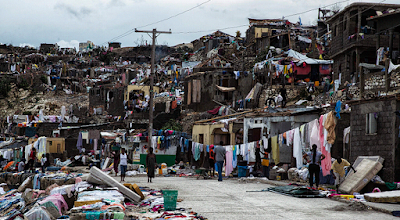 Just a few years back, an earthquake struck the country causing unfathomable damage and loss of life. An estimated three million people were affected by the quake and death toll estimates ranged from 100,000 to 160,000 or more! An estimated 250,000 residences and 30,000 commercial buildings collapsed or were severely damaged. And I heard on the news that, as Matthew approached, that some 40,000 were still living in tents from the killer quake. That is simply hard to wrap your mind around when living in a place like America.

But now this battered nation is again in even more trouble than it already was. This new devastation has been called "apocalyptic" by some. And it was what would be expected with a storm like this in a place like that. The death toll is well over 1,000 and climbing. At least 1.4 million people need serious and live-saving assistance at this time. Some towns and villages have been wiped off the map. Crops and food reserves have been destroyed. Some 300 schools have been damaged, and the fears of a deadly cholera outbreak, similar to what occurred after the 2010 earthquake, are growing.

But what compounds an already tragic situation is what occurred as that the storm stuck full force in an area known as the "bread basket" of Haiti. Now keep that in perspective when considering that Haiti is one of the poorest nations on the planet, and then factor in that some are projecting that 80-90% of the crops in this critical region were damaged or totally wiped out. It is simply hard to fathom this happening to a people who struggled to put food on their tables even before the storm. But what can we do about the carnage and suffering right now?

Perhaps the first answer to that question is simply care – really care (Romans 12:15). That may take some effort since we live where we do and have all that we have. Secondly, we should at least pray. Pray for the people so badly brutalized yet again. Pray for those who are Christians there that they can share their faith with those who have no hope even while they themselves face an indescribable crisis. And lastly, pray. Pray that the world steps up to the plate and gives of their excess to help fund relief organizations like Samaritans Purse to meet both material and spiritual needs in the ravaged nation in the name of Christ. (Galatians 6:10)