Why The Resurrection Too? 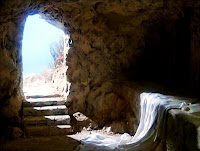 During the year, there are numerous holidays that are observed. These often result in massive celebrations, time off for work, parties, business closings, huge sums of money spent and decorations littering the landscape. Some last multiple days and even weeks such as at the Christmas season. And yet there is one event on the calendar that, despite not being as popular as most others, is without equal in its importance and significance. That is of course Easter – the celebration of the resurrection of Jesus Christ from the dead

Yes, Christmas is the other major religious holiday. And it does fall into the same category at Easter. Without the miraculous and birth of Christ in the manger so long ago there would simply be no resurrection. And without the Savior’s death on Good Friday, and His subsequent resurrection, the entire human race would remain spiritually lost and doomed to suffer eternal wrath. The ramifications of this reality are literally to awful for the human mind to even begin to fathom.

But a loving God provided the escape plan through the events on that first Easter weekend. First, there was the crucifixion. There, Christ became the sacrificial substitute to atone for the sins of an entire race. That was achieved at the moment He cried out on the cross, ‘It is finished’. The price for all sin had been fully paid for once and for all – something only the sinless Son of God could accomplish. But there was more to come including a significant question.

If sin was fully paid for on the cross, and it was, then how crucial was the resurrection a few days later?  Apparently there were some in the days of the early church who believed that none would ever be bodily resurrected from the dead. For that reason, the Apostle Paul  penned some stunning and instructive words to those in the church at Corinth. He declared that this error in belief would take the entire heart out of the Gospel message and leave the effects crucifixion’s basically empty or in doubt.

In 1 Corinthians 15:16-19 Paul wrote, “For if the dead do not rise, then Christ is not raised.  And if Christ is not risen, your faith is futile; you are still in your sins!  Then also those who have fallen asleep in Christ have perished.  If in this life only we have hope in Christ, we are of all men the most pitiable.”  In other words, the resurrection of Christ from the dead on that miraculous morning was the validation that the redemption paid on the cross was accepted and real. Without it, there could be no true certainty that the atonement had actually occurred. Christ’s return from the grave was beyond essential!
His rising from that sealed tomb literally sealed the deal of God's redemptive plan!

The crucifixion and the resurrection are a complete salvation package. They cannot be separated without nullifying the final results. Together they are the very core of Christianity and provide the only way for lost sinners to be fully forgiven and forever reunited to their Creator.

Today, the celebration of the resurrection does not typically even warrant a day off from work much less the kinds of things mentioned at the outset. But its value  makes all other days pale in comparison. That is because man’s response to the events on that sacred weekend long ago will determine his or her eternal destination when this brief life someday ends. And in order to have that destiny be the one of eternal blessing and joy in God’s presence, there is but one way. That solitary way is perhaps shared best in one of the best known verses in the Bible.

The writer John put it like this: "For God so loved the world that He gave His only begotten Son, that whoever believes in Him should not perish but have everlasting life." (John 3:16) In that one verse is found the pathway to Heaven. It reveals why God did what He did, how He did what He did, what we need to do in light of what He did and what we will gain when and if we do. Nothing in this life, and especially the  next, is more important than our personal response to the cross and the resurrection. Nothing!

"For the message of the cross is foolishness to those who are perishing, but to us who are being saved it is the power of God." (1 Cor. 1:18)