What We Don’t Know But Should! 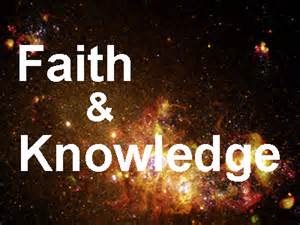 Recently I read something that challenged me greatly. I was not only because it was written by my wife’s uncle, but because of that fact that it resonated so very much in my mind and heart.

Leith Anderson is the current President of the National Association of Evangelicals. Before that he was the long-time pastor of Wooddale Church in Eden Prairie, Minnesota. For a short while he served in both positions before devoting the bulk of his efforts now to the NAE.

The organization offers written publications, one of which I receive via email. It is the NAE Insight which usually features an article by Leith when it is released. And it was in the 2014/15 Winter edition that I saw something he wrote that caught my attention.

It was titled, "Amazing What We Don't Know" and was in the category of evangelical doctrine. The piece began by citing a study from the Intercollegiate Studies Institute that had surveyed 2,500 random people on basic knowledge about their own country. The quiz contained some 33 questions, and apparently most failed to pass the brief exam.

Anderson wrote concerning the test, "Twice as many knew that Paula Abdul was a judge on 'American Idol' than knew that the quote 'government of the people, by the people, for the people' was said by Abraham Lincoln in the Gettysburg Address. Forty-three percent of those who hold elected office don’t know that the Electoral College elects the President. One fifth of them think it 'trains those aspiring to higher office' or 'was established to supervise the first televised presidential debates.'”

He went on to share how those who seem very uniformed about the history and workings of their own nation still insisted that they loved it and were patriots as well. Anderson then drew a parallel to many evangelical Christians who often know very little about the crucial Bible doctrines of their precious faith. These are believers who love their Lord, but who don’t much about the basics of the faith they attempt to practice. The NAE director then wrote, “It really is amazing what we don’t know. We should know better.”

The brief article also spoke about the solution to the spiritual knowledge vacuum that plagues the modern church in America. Rather than just gloating if we are not in that dismal condition ourselves, or simply criticizing those who are, another option was suggested. The challenge was issued to improve on our own theological learning and to encourage others, including our pastors, to do the same. We should all major on Bible teaching and to promote those in our pulpits who faithfully proclaim biblical truth over political and current issues. Anderson summarized his thoughts on the subject by stating that we need to as he put it, "Help turn believers into knowers." Again, this article rang so very true – both about the problem at our doorstep and the solution at our disposal.

Jesus stated in Matthew 11:29, “Take My yoke upon you and learn from Me.” And the only real and profitable way to do that is to seriously study and meditate on His written word. The undisputed value and benefits of doing that are listed in 2 Timothy 3:16-17. The Apostle Paul writes, “All Scripture is given by inspiration of God, and is profitable for doctrine, for reproof, for correction, for instruction in righteousness, that the man of God may be complete, thoroughly equipped for every good work.”

As one famous Bible commentator said of these two verses, they show us how to achieve success in the Christian life. The four areas they mention include how to know what is right, how to know what is wrong, how to get right with God and how to stay right!

Applying these things as commanded in 2 Timothy 3 will mean that the followers of Christ, who should know better, will know better. And what we know better, that motivates and enables us to live better!