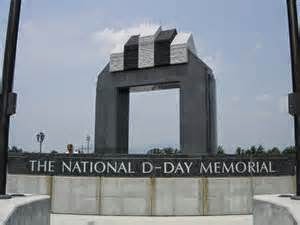 This year marks the 70th anniversary of one of the world's most important military events ever. It occurred during World War II on June 6th, 1944 on the shores of France. It is known simply as D-Day. On that incredible day, the combined Allied forces invaded the beaches at Normandy in what remains the largest sea-borne invasion in human history. The bloody and costly event eventually led to the restoration of the French Republic and contributed to an Allied victory in the war.

Infantry and armored divisions began landing on the coast of France starting at 06:30. The target was a 50-mile stretch of the coastline. The invasion fleet itself was beyond staggering by any estimation. It included 6,939 vessels: 1,213 warships,4,126 landing crafts, 736 ancillary craft, and 864 merchant vessels. There were some 195,000 personnel involved in the operation

Many have seen intense films depicting the horrific and bloody conditions on the five beaches involved. Some of the invading crafts sunk before even reaching the shoreline, and many soldiers who did make their way to dry land were totally exposed and quickly mowed down by the entrenched German forces. And now, with 70 years having passed, it is obvious that many who fought there reside somewhere in eternity today and hopefully in heaven. You can read more about the history-altering event at the beautiful National D-Day Memorial website by clicking here.

But one of the most amazing and intriguing aspects of this event was the nationwide radio prayer broadcast of President Franklin D. Roosevelt on June 6th just as the battle was getting underway. His very own words can be found on our website. If you listen in, you will find the spiritual depth of his comments to be quite amazing, especially coming from the lips of the Commander-in-Chief whose thoughts were likely heard by most of the nation and perhaps much of the world. What he said could have literally come directly from the pulpit of almost any evangelical Bible-centered church. His address to the Almighty was as profound as the situation spoken to was dire. And, of course, his bold requests that hour would later be answered by the God they were clearly and unashamedly directed to.

But we have come a long way since back then - mostly the wrong way. Prayer from the lips of most of our political leaders is quite rare, very shallow or just plain non-existent. It is just politically incorrect today and viewed by the current electorate as too religious or spiritually oriented. That is beyond tragic, and even more dangerous, for a nation again struggling on numerous fronts. Only this time around, many of the threats and enemies are internal and within our own borders.

It is time for a serious and sweeping revival in a slipping and struggling nation. It is high time for serious prayer in our own houses and in the White House! It is time to call on our leaders to recapture the same spirit that our President had so long ago. And the time is now to conduct an all out "invasion" of national prayer, true humility and personal repentance. This is the prescribed Biblical ingredients and spiritual pattern that alone can heal any culture and preserve any people as promised in 2 Chronicles 7:14.

It is the time for us all to do our parts - time to fervently seek God on behalf of our families, churches and nation. Beseech Him now to answer affirmatively to our many pressing needs just as He did in back in WWII. And pray, on this special 70th anniversary of D-Day, that America will somehow see that the time is right now to realize again that, "Unless the LORD builds the house, they labor in vain who build it; Unless the LORD guards the city, the watchman stays awake in vain." (Psalm 27:1)