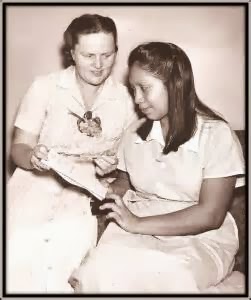 It was an event that made world news. It horrified those who learned of it and has never been forgotten because of the 'seemingly' senseless brutality that took place. And yet it was something that would literally transform countless lives and have lasting results continuing on to this vary day.

It is the story that was portrayed in the book and movie, “Through Gates of Splendor”.  Jim Elliot was one of five missionaries whose ministry, Operation Auca  was to try and evangelize a primitive people in Ecuador. The Wheaton College graduate and the others flew into the hostile territory in attempts to make contact. On one fateful day they landed their small plane on a remote riverbed and made face to face contact with members of the tribe. Instead of the hoped for results, the men were horribly speared to death on January 8, 1956. News of the event stunned the world and saddened millions - especially Christians. But the killings would do far more than just that. The event would result that is a keen reminder of the words back in Genesis 50:20. “But as for you, you meant evil against me; but God meant it for good, in order to bring it about as it is this day, to save many people alive.”

The impact of the terrible event would soon kick off an explosion of mission interest and outreach. Instead of being a deterrent to such work, the opposite happened and many more enlisted to replace those who had made the ultimate sacrifice for their Lord. One of these was Elizabeth Elliot. She was the widowed wife of slain missionary Jim Elliot. She and other missionaries began working among the Aucas who murdered her husband and continued the difficult evangelistic work there. Their reaction and efforts remain after the slayings remain to this day a supreme example of forgiveness and dedication to God even in the face of great personal suffering. 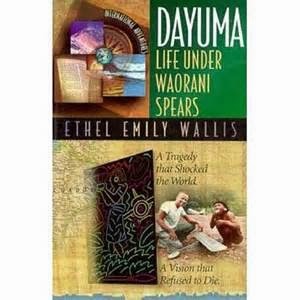 This second wave on evangelism would prove to be simply incredible as many in the Auca tribe, and even those involved in the actual murders, came to know Christ as their personal Savior. The first convert was a woman named Dayuma. Prior to the attack, she would help Elliot and the others with basic language skills for their intended goal. Later she would even travel to the U.S. and share her amazing testimony. And now this tribute to God’s amazing grace, and a testimony to His faithful servants, has gone home to her heavenly home and reward. She has now literally entered in through gates of splendor!

The marching orders that motivated these famous martyrs have been in force since their Lord first instituted them when He walked the earth. And it is significant that His last words in two of the gospel accounts refer to reaching out to the entire world with His message of redemption.

"All authority has been given to Me in heaven and on earth. Go therefore and make disciples of all the nations, baptizing them in the name of the Father and of the Son and of the Holy Spirit,  teaching them to observe all things that I have commanded you; and lo, I am with you always, even to the end of the age." Amen.”  (Matthew 28:18-20)

Not all in the family of God will be called to go to distant lands and even lay down their lives to reach precious souls. But all of His people have been called to defend their faith and be faithful witnesses of His redeeming power and His matchless grace!  This is to be done without hesitation and 'always' with full preparation and conviction!

“But sanctify the Lord God in your hearts, and always be ready to give a defense to everyone who asks you a reason for the hope that is in you, with meekness and fear” (1 Peter 3:15)