What Does "All Will" Really Mean? 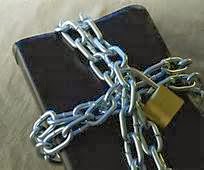 What is on your mind when you awaken on Sunday morning and prepare to attend a service in your local church? If it is on what you will eat, what you will wear and what you may hear from God’s word only, then read on.

A recent Christianity Today newsletter, quoting from a new Pew Research Center study, shared how religious hostility has been on the rise and reached a six-year high. The study stated that social hostilities involving religion soared world-wide, meaning that nearly 3 out of 4 of the world's people (74%) now live in a country experiencing high levels of persecution for their faith. The author of the article continued, "The surge is stark given that in 2011 only half of the global population lived in such countries." That level of growth is indeed beyond sobering!

In a related analyses, The World Watch List from Open Doors International reported that pressure on Christians has increased recently in a shocking 34 countries. This factors out to some kind of suffering or harassment now being evident in 110 nations globally.

True freedom of religion is a priceless gift and a precious blessing. But it is sometimes not nearly as valued as it should be by those fortunate enough to enjoy it. But even for those with such liberty, there should still should be some negative cost involved regarding their faith – that is if Scripture is to be taken literally. Why so? Simply stated, it is because of Paul's words penned in his second letter to Timothy. Verse twelve of chapter three seems to need minimal explanation. "Yes, and all who desire to live godly in Christ Jesus will suffer persecution."

This one verse contains many small words that have rather large implications – again, words needing little or no clarification.

The first one is the word "all". These three letters draw every true believer into the fray. The second small word of big importance is the word "will". It quickly removes any questions about the certainty of what "all" will be exposed to. The third critical idea involves two words: "suffer persecution". This quickly gets to the heart of what the first two words are leading to. No, it does not say exactly what form the grief will arrive or for how long. But the reality of some form of anguish is a certainty – providing that one crucial qualification is met. The guarantee of pain becomes sure when a godly life is outwardly lived and when the motivation for it is clearly laid at the feet Jesus Christ!

So then, what is being taught here? Among other things it means that, if this passage is literal, a believer who never faces any protest against his or her faith should re-analyze their priorities and reconsider their outward public testimony. Once again, the precise words in the above verse provide little room for much discussion or disagreement. Any godly living that dares to reveal Christ as the reason will bring some negative reaction in some way or another! The word proclaims that, and the world typically confirms it.

This same passage should also serve as a vivid reminder to all Christians to pray fervently and forcefully for their blood-bought brothers and sisters now facing regular hostilities for the same shared faith. The Bible declared that in the last days "perilous", or outrageous, times would come and that evil would increase. That sour prophetic note is being struck more and more as the end of the age draws near. It is being heard first-hand and lived out daily by a growing number of Christians in the 21st century.

If you are today not suffering, as are so many in this hour, do at least share in their burden by approaching the throne of grace on their behalf. And if you never sense any resistance for your faith, first of all, be thankful. But secondly, perhaps consider asking your Lord for the power to live in a manner that "will" bring a reaction – hopefully one that leads to the salvation of even one precious soul.

“But sanctify the Lord God in your hearts, and always be ready to give a defense to everyone who asks you a reason for the hope that is in you, with meekness and fear.” (1 Peter 3:15)