A More Powerful "Not Guilty" Verdict


One can only imagine how George Zimmerman must have felt when he heard the verdict “Not guilty” in a Florida court room last week. After a 14-day trial and 16 hours of jury deliberation, he was acquitted of murder on the grounds of self-defense and walked out a free man. 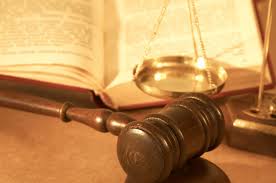 But even though Zimmerman will not receive a penalty for killing Trayvon Martin, he still has to live with the consequences. No court of law can change the outcome of the tragic night of February 6, 2012. The fact remains that Zimmerman did indeed take a life, and he has to live with that. Although he is free, there have been death threats against him and his family, and he may spend the rest of his life looking over his shoulder.

Spiritually-speaking, every person is guilty of sin and deserving of full punishment under God’s law. The Bible says, “There is none righteous, no, not one.” (Romans 3:10) No amount of spiritual legal wrangling or defense can remove the sin each of us is born with and which separates us from God. “All have sinned and fall short of the glory of God.” (Rom. 3:23)

But there is a way to obtain a “Not guilty” verdict that does far more than the one George Zimmerman received – one that doesn’t just remove the penalty; it removes the crime itself.

That verdict is granted through the blood of Jesus Christ and His resurrection power. Because Christ took the penalty in our place, when we put our faith and trust in Him we are justified – legally proclaimed righteous. “Therefore, having been justified by faith, we have peace with God through our Lord Jesus Christ.” (Rom 5:1) One explanation of justified is “Just as if I’d never sinned.”

Because of this, “There is therefore now no condemnation to those who are in Christ Jesus, who do not walk according to the flesh, but according to the Spirit. For the law of the Spirit of life in Christ Jesus has made me free from the law of sin and death. For what the law could not do in that it was weak through the flesh, God did by sending His own Son….” (Rom. 8:1-3) In the Greek, “no condemnation” is also a legal word meaning, literally, “no adverse sentence.”

God promises, “Their sins and their lawless deeds I will remember no more.” (Hebrews 10:17) David described it in Psalm 103:12. “As far as the east is from the west, so far has He removed our transgressions from us.”

Charles Wesley put it this way in the hymn And Can It Be?: “No condemnation now I dread; Jesus, and all in Him, is mine; Alive in Him, my living Head, And clothed in righteousness divine…”.

The concept is also found in the chorus of the old hymn One Day!, which has enjoyed renewed popularity with a different tune: “Living—He loved me, Dying—He saved me, Buried—He carried my sins far away; Rising—He justified freely, forever….”

If you are burdened with the guilt of sin, trust in Christ as your Savior. Admit that you are a sinner before a holy God and that a penalty must be paid, acknowledge that Jesus Christ, through His death, burial and resurrection became your substitute having paid that penalty on your behalf, and receive Christ into your heart through faith in prayer. You will be free from the penalty of sin, declared “Not guilty!” and certain of eternity in Heaven.