A Monster Mess In The Middle-East

The current and ever-growing Islamic uprisings are in some ways very complicated to grasp and explain. But on the other hand they are quite simple at their core.

The serious Middle-East protests are not just about a rogue film that disgraced a world religion's primary prophet. That is only a symptom. For those working behind the scenes, that is little more than a very convenient excuse in order to stir up trouble and further their own twisted agenda.

Iranian officials said they would hunt down those responsible for making the video that was seen widely on Youtube. The low-budget film entitled 'The Innocence of Muslims' depicts the Prophet Muhammad as a fraud, a womanizer and a child molester, among other insulting claims. The man allegedly behind the obscure film has now been questioned by U.S. authorities in California.

At the same time, Christianity's primary figure, Jesus Christ, is maligned and disgraced everywhere, every day and in every way. And yet His most loyal followers don’t typically take to the streets to insight violence, destruction and even death.

The head of Christianity and Savior of mankind taught against senseless violence in no uncertain terms and for any cause. That is seen nowhere more clearly than through His own pointed words in Matthew 5:44. He stated, "But I say to you, love your enemies, bless those who curse you, do good to those who hate you, and pray for those who spitefully use you and persecute you." The terms He uttered there are certainly a far cry from what is being pushed and proclaimed through those fueling the dangerous terrorism and deceit that now circulates the globe.

But with that all being fairly obvious, there is something of absolute importance that may not be. The solution to this most difficult issue is not military force, verbal threats or diplomacy. The solution or this long-standing problem requires the internal changing of human hearts one by one. Simply stated, the ‘cure’ for the problem, at the ‘core’ of the problem, is opening the only ‘door’ that can solve the problem. That door is Jesus Christ. He alone can unlock and open up the spiritual blinders of any and every man and woman regardless of their current religious convictions or where they reside on planet earth. 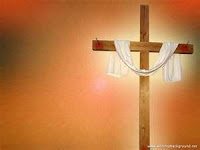 The Apostle Paul related of this greatest of all potential truths in 2 Corinthians chapter five. In verse 17 he penned, "Therefore, if anyone is in Christ, he is a new creation; old things have passed away; behold, all things have become new." A new internal heart can fully transform all inner ideas and ideals along with impacting all external actions – forever. A heat totally redesigned by the very One who made it, Jesus Christ, can alone deal with the cause and consequences of human sin. That includes all sin, whether it be as major as intentional violence, destruction and murder - or as seemingly minor as cheating on one's tax return.

It is through Christ that the real and lasting solution to the centuries-old problem in the middle-east, and anywhere else for that matter, is found. The Bible also instructs exactly how this spiritual and eternal fix can be applied and specifically by whom. Verses 18-20 continue on and declare, "Now all things are of God, who has reconciled us to Himself through Jesus Christ, and has given us the ministry of reconciliation, that is, that God was in Christ reconciling the world to Himself, not imputing their trespasses to them, and has committed to us the word of reconciliation. Now then, we are ambassadors for Christ."

While the world watches and wonders where the Middle-East chaos will take the inhabitants of earth, Christians have a distinct edge. For they alone have both the “mind of Christ” (1 Corinthians 2:16) and the word of God. (Psalm 119:105) Not only are they forgiven of sin, they and comforted even in times of trouble, and also possess the one all-encompassing solution to the ills of an entire lost race in need of their Lord and Savior! The apostle described it well in 1 John 2:2. “And He Himself is the propitiation for our sins, and not for ours only but also for the whole world.”